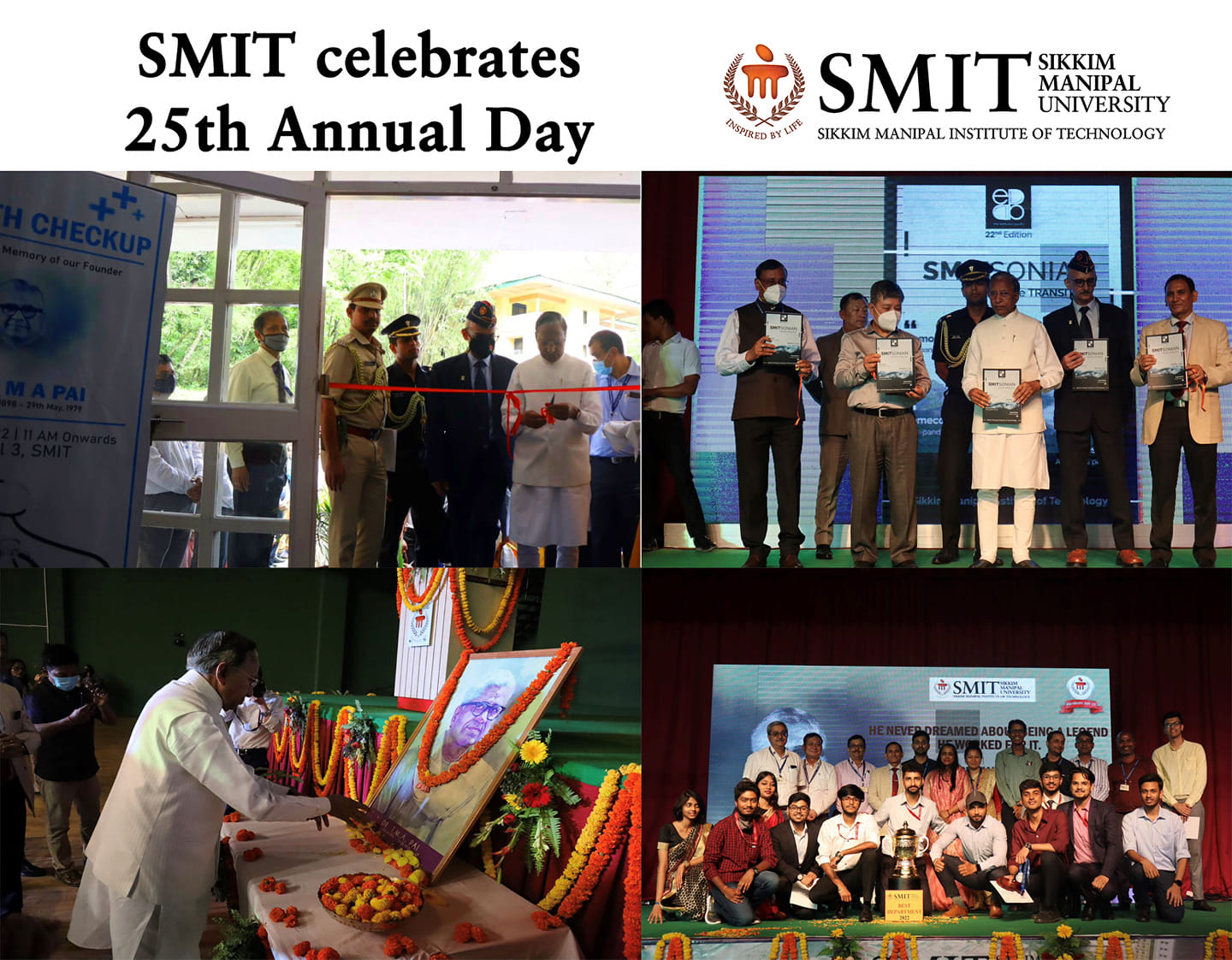 To commemorate the birth anniversary of the visionary educationist, banker and philanthropist, Dr. TMA Pai, the founder of the Manipal Group, a series of academic and cultural events were organised in the SMU Tadong campus throughout the week. These festivities were also part of the ‘Azadi Ka Amrit Mahotsav’ celebrations.

Events like a seminar presentation contest on the theme ‘Science and Society’ in the lines of ‘Vigyan Utsav’: Festival of Science, an initiative of the Department of Science and Technology, Government of India; Slogan Competition; Hindi Elocution Competition on the broad theme ‘Atmanirbhar Bharat; Debate Competition on the theme ‘Social media brings more harm than good;’ and a colourful cultural show was part of the week-long celebrations at SMU.

As a part of the celebration, DHSS-SMU organised an intra-departmental Futsal Tournament in the SMU campus. Likewise, a webinar on “Plastic Management, Recycling and Reusing” was also organised under the initiative of NSS, DHSS wherein the participants were oriented about the use of plastic and the proper ways of recycling and reusing the same. Similarly, NSS volunteers along with doctors from Central Referral Hospital (CRH) visited the Old Age Home at Jalipool, East Sikkim, where the residents were treated to a day-long basic health and fitness assessment, mental health talks etc. A Cleanliness and Plantation drive was also held to mark the occasion.

Similarly, Sikkim Manipal Institute of Technology (SMIT) will observe the Founder’s Day and its Annual Day on 30th April at SMIT campus. Shri Ganga Prasad, Honourable Governor of Sikkim and Chancellor, SMU will grace the occasion as the Chief Guest. A blood donation & health camp has also been organised by CRH at SMIT to mark the occasion.