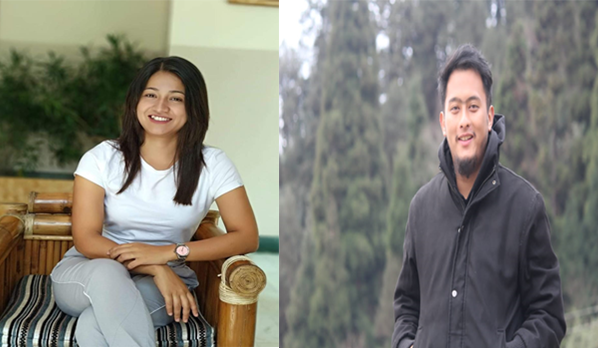 Two students from Sikkim Manipal University get appointed as Assistant Manager at the State Bank of Sikkim.

Anjana Chettri (M Com 2019) and Prasan Gurung (M Com 2020) ex-students from the Department of Humanities and Social Sciences, Sikkim Manipal University gets appointed to the post of Assistant Manager at State Bank of Sikkim.

Six students from the Department of Humanities and Social Sciences, Sikkim Manipal University gets appointed for the post of Assistant Professors in Sikkim Government Colleges.

The department of Humanities and Social Sciences is a constituent department of Sikkim Manipal University. A total of 14 students have cleared UGC NET from the dept. till now. The ex-students of the department are also placed in various colleges, government, and private institutions while some have become entrepreneurs.

The Vice-Chancellor of the university, Lt. Gen. (Dr) Rajan S. Grewal congratulated the students for their placements and also confidently asserted that the department will achieve many milestones in near future. 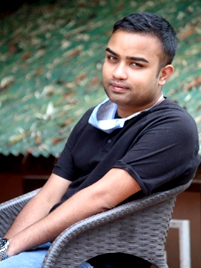 Tanzay Gupta  is a graduate from the Dept. of Humanities & Social Sciences, Sikkim Manipal University. During the lockdown period 2020, he noted a peculiar problem in regard to delivery of groceries at the door steps. He acknowledged that there was no platform for online groceries in Gangtok and people were facing immense difficulties in fulfilling their basic grocery needs.

Hence, Mr. Tanzay took the entrepreneurial plunge and launched Grocer Gangtok as a mobile application. His journey was easier said than done, the biggest challenge that faced was of lack of vehicles to deliver the orders by walking to the doorstep.

However, he did not lose hope and hired one scooter on rent. Whether its managing inventory or supervising the nuances of a delivery business, everything has been done perfectly. The team has now expanded and the cultural ethos at Grocer has inhibited certain attributes that lead to reliable and transparent delivery mechanism across Gangtok.

In the past 18 months Grocer has received so numerous “Letter of Appreciation's” from many individuals, institutes and organisations for their amazing service.

Tanzay is on the verge of making Grocer - a phenomenon in the whole of Sikkim and plans to expand to other districts of Sikkim for now.

Tanzay’s mantra is ... 'Try, take risks and never give up”. He goes on to say “Grocer Gangtok is not just a business, it’s a service to people, when people thank us for delivering their food, medicines, fresh vegetables or groceries on time, that makes my day and motivates us to do more…”

You can checkout @grocergangtok or Tanzay Gupta https://www.facebook.com/tanzay007 - to know how they are making life easier for the people of Gangtok.

A startup success story by @buildwithinnovation