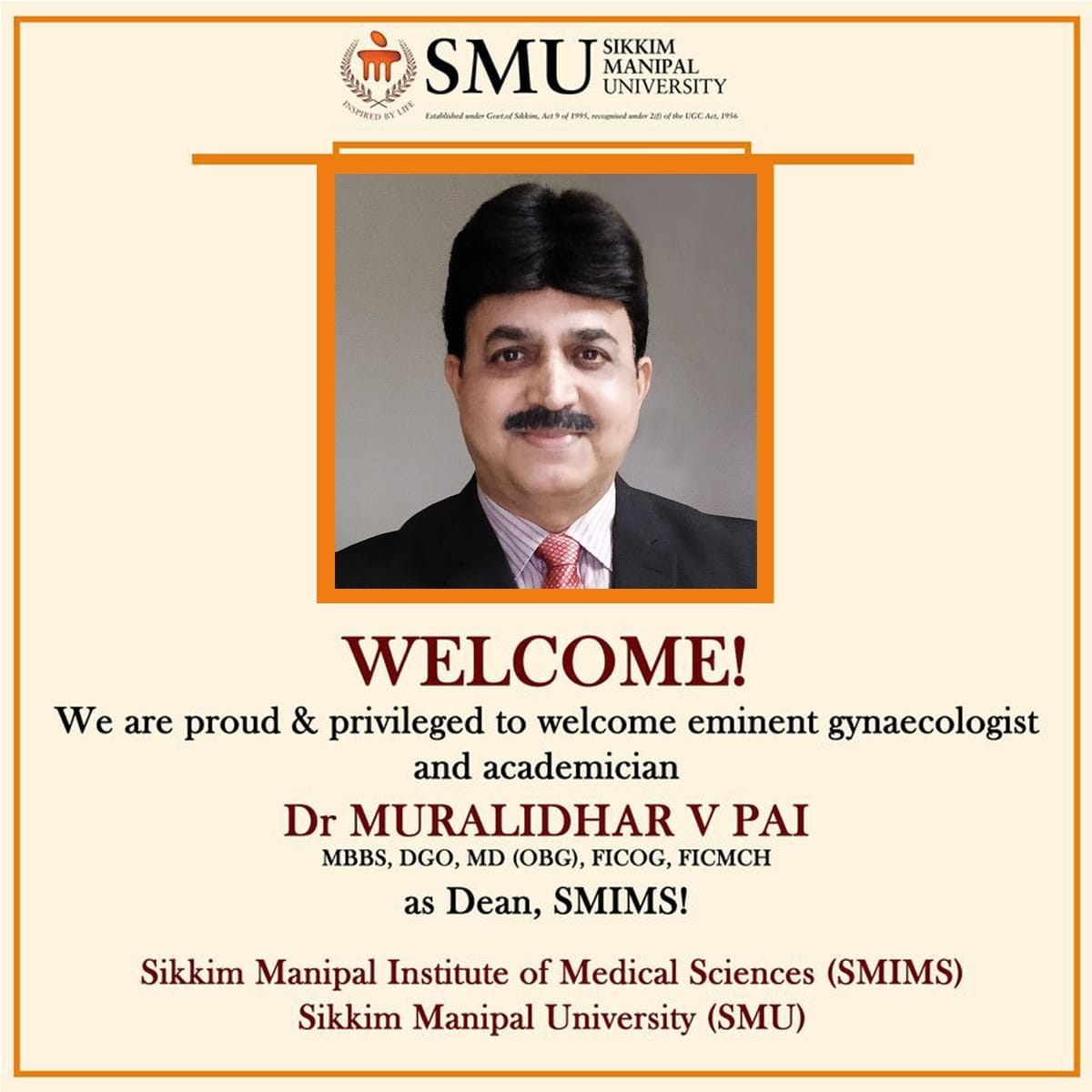 Dr. Pai was serving as Professor and Head, Department of Obstetrics and Gynaecology, Kasturba Medical College (KMC) of the prestigious Manipal Academy of Higher Education (MAHE), Karnataka prior to his joining as Dean, SMIMS. He earlier served as Founder-Medical Superintendent of Central Referral Hospital (CRH) Tadong in 1997.

He was the National Corresponding Editor and Jury of Journal of OBG of India and continues to be the reviewer of it and several other journals in Obstetrics & Gynecology. He has authored 4th edition of Holland & Brews Manual of Obstetrics and 1st edition of Elsevier Text Book of Obstetrics & Gynecology, and published more than 179 articles in peer reviewed journals. He is a popular speaker at National and International Conferences/CMEs and has delivered more than 530 Guest lectures.

Besides academics, he has keen interest in cultural and literary activities and was the Chairman of Cultural Coordination Committee of MAHE (2010-15). He is married to Dr. Keerthilatha M. Pai who is currently the Dean of Manipal College of Dental Sciences, Manipal. Their daughter Dr. Meghna A Nayak, who is also an Obstetrician & Gynecologist and Reproductive Medicine Specialist, is currently in the UK.